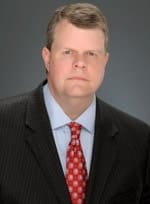 Patrick’s background in commercial real estate includes disciplines focused in office, retail, industrial, and medical with an emphasis on municipal, state and federal government consulting for many of his clients.  Primarily his services involve: development, build-to-suits, master planned developments, site selection, business incentives, land and building acquisitions and dispositions as well as negotiating leases within these disciplines.  Patrick’s past experiences include:  serving on U.S. Senator Richard Shelby’s Senate staff and was Deputy Finance Director on his U.S. Senate Re-election Campaign from 1995-1998 as well as Executive Director of the ALGOP Victory 1998 Committee.  In 1992, Patrick served on the Presidential Inaugural Committee (PIC) for Bill Clinton and supported the Correspondence Department on the Presidential Transition team.

Construction Soon To Begin on The Village at Crosswinds in Phenix City, AL

The Pointe Dance Arts Was Voted Best Dance Studio by Hoover Residents and Recognized by The Hoover Chamber of Commerce as “Best of the Best.”